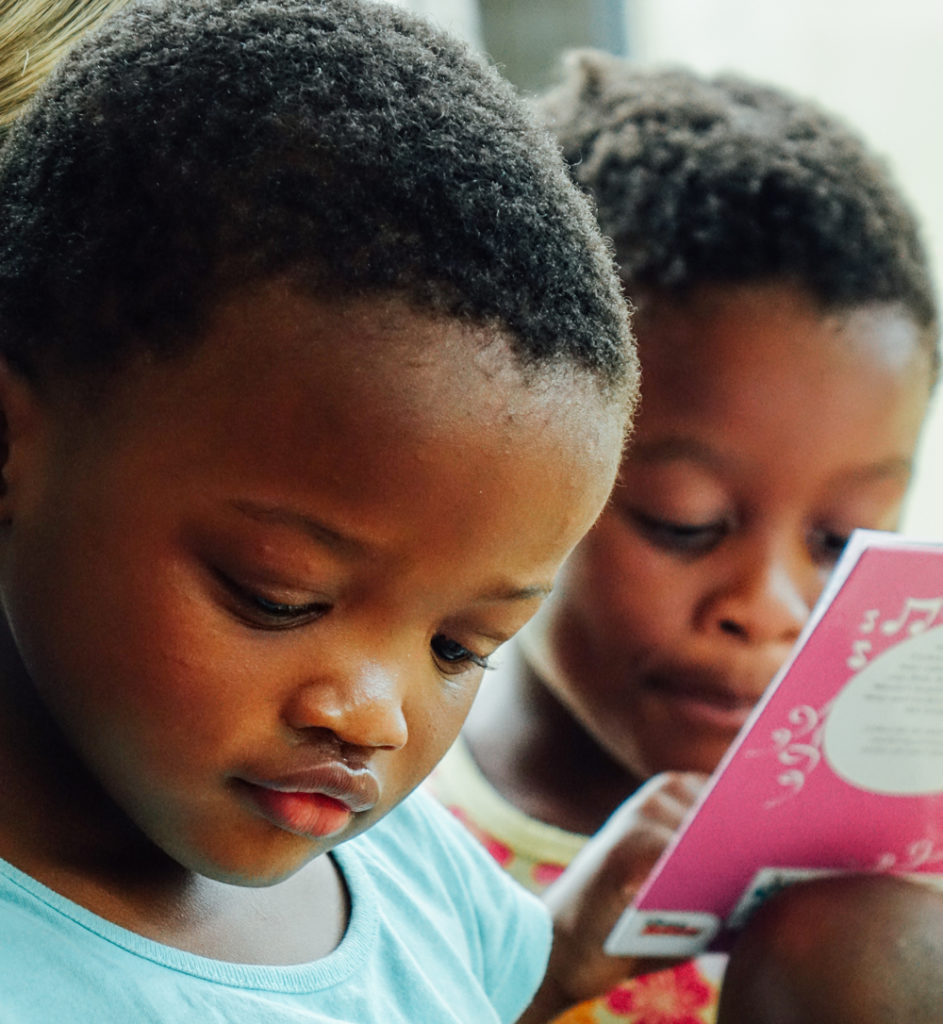 Amina’s story is one of constant battle, and amazing victory; a tragic, but prime example of the fight that takes place in order to see a child’s life restored.

In February 2017 Amina was very ill. She was eventually taken to Albert Luthuli hospital and was diagnosed with Bronchopneumonia and Tuberculosis, which soon progressed so far she had Severe Acute Malnutrition. She spent ten months in Albert Luthuli fighting for her life. Along the way her young mom became exhausted. She eventually left Amina in hospital with no intention of returning. Amina was left alone, in the care of the nursing team, as she battled for her life.

But little Amina held on with everything in her. Miraculously, she pushed through. The nursing team contacted a social worker who knew of Ingane Yami, and in December 2018, twenty-one months old, after ten months in hospital, she came to call Ingane Yami home.

But her story didn’t stop there.

After two days of being in the safety of Ingane Yami, Amina was taken back by the department. Unfortunately, her placing social worker and our social worker were both unaware that the rules had changed – abandoned children could no longer be placed in a permanent home (such as Ingane Yami) until they had all their paperwork. Previously, children had been allowed to stay with us on a “leave of absence”, while their paperwork was being completed. But now, the department changed the goal posts. Amina was taken back to the place of safety.

And that’s where she remained, in a place of transition, for the next fifteen months. For fifteen months, we fought for her to come to Ingane Yami. Our social workers visited constantly, attending court on numerous occasions; they accompanied her placing social worker to Home Affairs in order to see her birth certificate issued. And then we waited and waited and waited.

She wasn’t the Amina she was a year before. Fifteen months in the state home had left her guarded, withdrawn, and empty.

Now, 2 months on, we are starting to see the real Amina shine through. She is still reserved, but if you work on it long enough, she has the most incredible laugh. She is flourishing with her new mom, in a home with 5 older ‘sisters’. She is a fighter.

God has a plan over little Amina’s life. Her start to life has not been easy; but we know He has good plans for her.

We cannot wait to see her story unfold.

And we will continue to fight for the other “Aminas” out there. The children trapped in a system that was designed to be a 6-month transition, but which has seen many children spend years of their lives there. We will continue to fight for the best for these children, our goal remaining constant: we want to see live’s restored, children’s stories rewritten. We want to see South Africa turned around, as children grow up whole, loved, and full of hope; being able to raise children of their own one day who will know what it means to be loved. We want to break the cycle of poverty and brokenness, one child at a time.