For the Love of Music 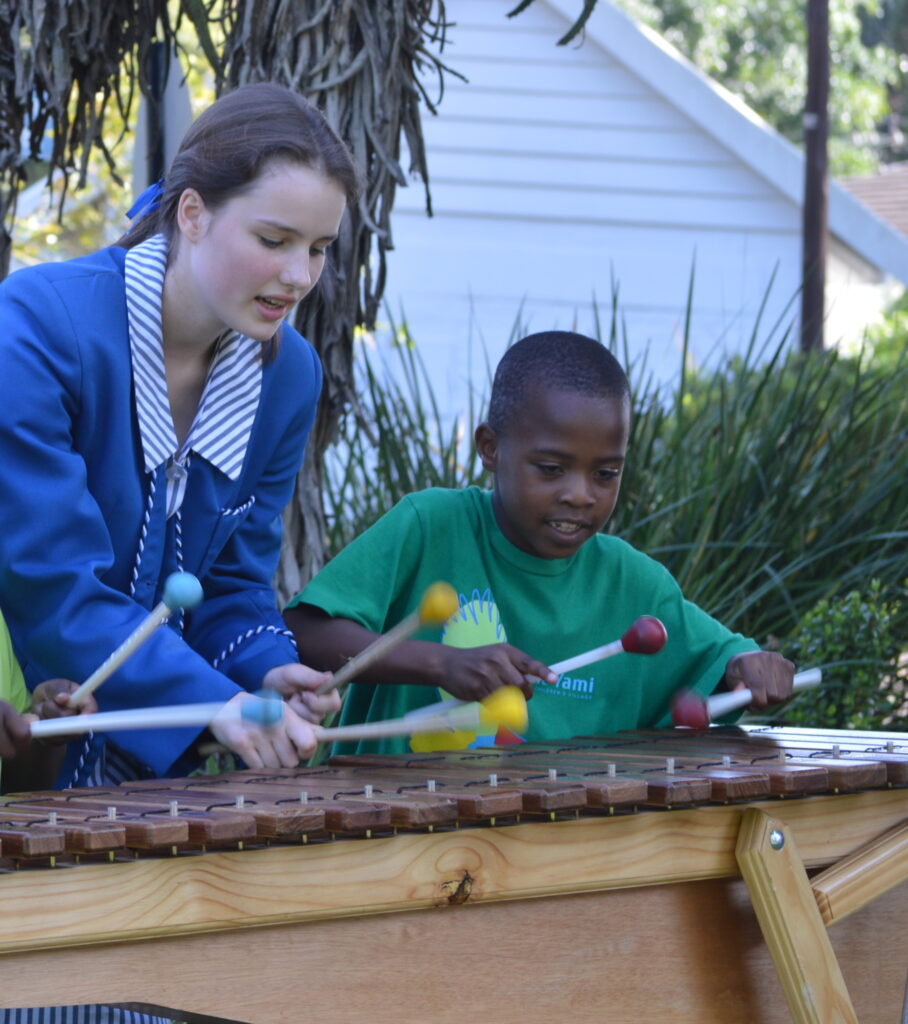 Savannah Sadler is a grade 12 student at St. Marys DSG. Last year she heard about Ingane Yami through the involvement of the Grade 8’s at her school and she longed to get involved with the children there. Savannah decided to use what she had in her hand to make a difference:- instilling a love for music.

Savanah chose marimbas, as they are learner friendly, high energy and promote a sense of team. The first step was to find a company who was willing to donate two beautiful, hand-made marimbas. She approached her father’s company, Tag Diving Services, and they were all in from the word go! “It was an interesting match, a diving company and a musical community project” says Savannah, “music is awesome because it brings such diversity together”.

But Savannah didn’t stop there as she knew the donation would be wasted if the Marimba’s weren’t utilized correctly. So, since 2016 she has taken it upon herself to teach our children how to play the Marimba’s, coming down to the Village on a weekly basis. She has written termly reports on the children’s progress and has kept Tag Diving Services in touch with the impact of their donation.

This year, they have set themselves a goal: to play Marimba’s in the “Two Schools, One Heart” St. Mary’s DSG/ Hilton College combined benefit concert happening at St. Marys later this year!

Watch this space to find out more about the event, and to buy tickets to see our kids play!