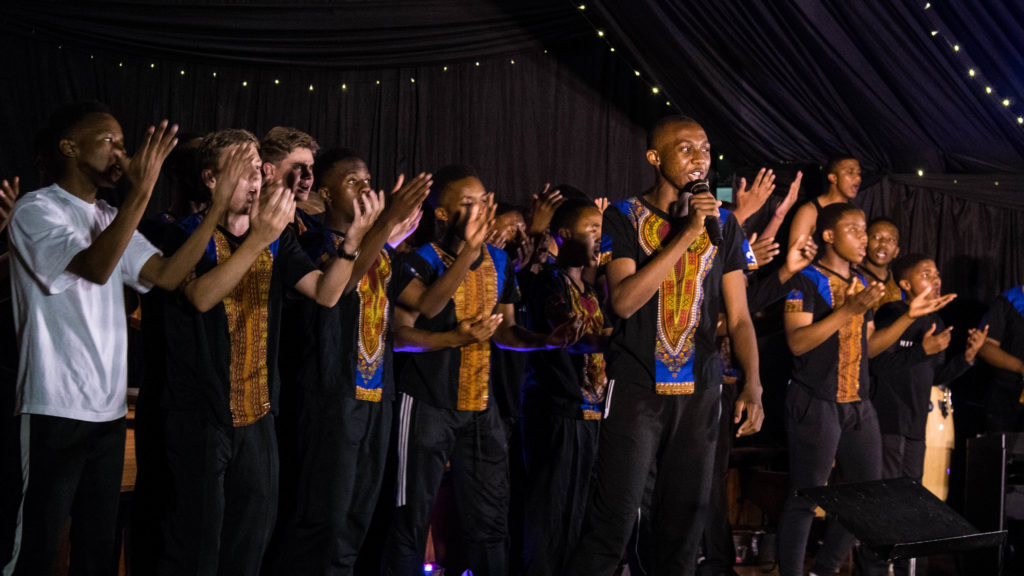 Once again, Brett Udal and the Hilton College Music Department put on the most spectacular Gala Benefit Concert, raising over R70,000 for Ingane Yami!

While guests enjoyed a delicious three-course supper, they were entertained by Hilton’s award winning School Choir, Vocal Ensemble, the “HC Big Band!”, Hilton’s Marimba Band, and Hilton’s most talented soloists. They performed a kaleidoscope of music genres, ranging from African traditional to South African urban, making it an enjoyable evening for all ages.

Aaron McIlroy kept the audience in hysterics with some of his latest short comedy skits. He was also the auctioneer for the auction, which included extremely generous prizes from Pearly Grey Ocean Club in Tenerife, Karkloof Safari Villas, Thanda Safari Private Game Lodge and Hilton Bush Lodge.

Hilton College’s generosity in hosting this fund raiser for Ingane Yami did not end when the music finished. Brett and his team at Hilton College treated our children and moms to a “sleep over” at the College, followed by a game drive in the morning! It was one of the highlights of their year, as children and moms felt completely spoilt by the occasion!

Our FirstRand TransAfrica cyclists were delayed by COVID, but not defeated! The FRTA 2021 Adventure took place on Saturday 8...

Our children, Siyaya soccer boys, moms and Bheki are still talking about the dream come true — when Benni McCarthy...

Colleen Lotz has been part of our Child Sponsor Family since we first launched the programme in November 2016. Like...